As I Have Loved You

I had one of the worst experiences of my time in the Church yesterday. I had taken a year of hiatus from Institute, and decided that I would take a class titled, "Teachings of Thomas S. Monson". When I walked into the class, there was a substitute teacher, Elder Peters – a Church service missionary – giving his introduction. He immediately started off with politics and controversy, and that's when everything started going downhill.

He started going on and on about how Mormons need to be the moral compass of the world. That we were so popular in the 1960s and 1970s, specifically with the Mormon Tabernacle Choir. And then the ERA came around, and the Church became the "bad guys". Then it was Prop 8, and now it's the Federal Court ruling about marriage. Just going on and on about how people that supported these measures, and those that affiliate with these people are sinning. 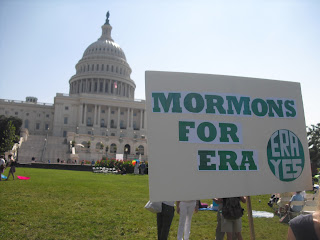 I couldn't keep quiet anymore. I was so uncomfortable and I had physically felt the Spirit leave the room. When he paused and asked if we had any comments, I raised my hand. I quoted President Monson from his closing statements of the April 2013 General Conference, "We are a worldwide Church, brothers and sisters. Our membership is found across the globe. I admonish you to be good citizens of the nations in which you live and good neighbors in your communities, reaching out to those of other faiths as well as to our own. May we be tolerant of, as well as kind and loving to, those who do not share our beliefs and our standards. The Savior brought to this earth a message of love and goodwill to all men and women. May we ever follow His example."

I went on to explain that his comments are especially painful because he is speaking ill of people who are sitting in this room. Me. I'm gay. I know I'm gay because I've had personal revelation from our Heavenly Father – personal revelation that our Church values so highly. I have been to the brink of suicide and self hatred. I said that we need to be compassionate and loving like Elder Cook calls us to be. We need to acknowledge that every one's personal experiences are valid, like Elder Christofferson tells us. We need to be tolerant of other people's political opinions like President Monson told us in an interview with the Deseret News in 2008, "Regarding another question about whether church members could disagree with the faith's opposition to legalizing same-sex unions and still remain in good standing, he said the answer 'depends on what the disagreement is... If it's an apostasy situation, that would not be appropriate. If it's something political, there is room for opinion here and there on either side.'"

I walked out in tears. No one stood up to support me. No one even looked at me. They just stared straight ahead. As I walked down the hallway, and found a seat to calm down in, I opened my Scriptures to John 13:34. It reads, "A new commandment I give unto you, That ye love one another; as I have loved you, that ye also love one another."

As I have loved you.

Do you have any idea how powerful that is?? Christ loved us so much that He defended us from Lucifer's disastrous plan of forced obedience. He loved us so much that He came and fulfilled the Law in order to bring a new and everlasting covenant, where we are forgiven of our sins. He lived us so much that he bore the weight of the world and suffered the price of our sins. He shouldered the weight of our guilt, pain, sorrow, and suffering. A weight so large and so traumatic that He showed a rare moment of mortal hesitation and plead with His Father, Our God, to "take this bitter cup" from Him. And yet, He pressed on bearing the weight that would cause His blood to run from every pore.

He completed His Atonement, and guaranteed that you and I will never be left comfort less. He has secured us a place. He allows us to return to celestial glory to live with Him, and our Heavenly Parents again.

We need the Atonement, because we aren't perfect. We abuse our fellow men at worst, and tolerate them at best. John is telling us to love others, and to look at those people that we despise, abuse, and tolerate through the eye's of Christ, and to see them as sisters and brothers of Christ.

I had never looked at it that way. I despise this teacher because of how uninformed, and hurtful he was. I despised my classmates for their indifference. I despise Governor Herbert for his decision to nullify over 1300 marriages because he has a "moral opposition". But I need to look at it in a completely different way.

The next time I see Elder Peters, I need to look at him as my brother in Christ, and know that he is a product of his generation.

Next week, when I walk into class, and I see my classmates again, I need to look at them with compassion, and remember how hard it is to speak up on a tough situation. None of us is quite as Christlike as we know we should be.

This week, when I support my LGBT Brothers and Sisters who have had their marriages annulled and fight and pray for their civil rights to be reinstated, I will look to Governor Herbert and see him as a son of God. A son of God who is doing what he believes to be right. I will look at him with love, even though I strongly disagree with his political and civil decisions.

Will I yet go away from Institute? Not yet. I've contacted the Institute office to let them know about the events that transpired, and I will be going into class early next Tuesday to discuss what happened with our assigned instructor, Brother Butler. I will give it another chance. Because the only Apostle that I love more than President Monson is President Uchtdorf, and I will not shy away from learning how to be a better person from the teachings of this great man.