I want to go to the temple.

There. I said it. Out of my system.

The problem is that I didn't know how to go. And trust me... it's a hell of a lot harder and more complicated than convincing the bishop and stake president to sign a piece of paper, and then driving to one of the four temples in the Salt Lake Valley. 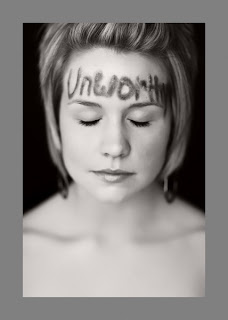 I'm a Mormon. I'm a Mormon who's a Democrat, an intellectual, and a feminist, and a lesbian. That right there just put four road blocks down my path to "spiritual enlightenment", and I have no idea how to reconcile it. I'm the danger in President Boyd K. Packer's imfamous quote, "The dangers I speak of come from the gay-lesbian movement, the feminist movement (both of which are relatively new), and the ever-present challenge from the so-called scholars or intellectuals."

The biggest road block is easily the fact that I'm gay. I believe that the Church has got it wrong on homosexuality. Like the Church's new policy on race, I believe that the denial of full fellowship to LGBT members is coming from a place of privileged bigotry. I have had personal revelation from God that tells me very plainly that I was born gay, and that it was absolutely something God intended. I was gay in the premortal existence, I'm gay in morality, and I will be gay hereafter. Easy peasy. But I can't be dishonest. Because I have had sex with a woman *gasp*, I need to go through the repentance process. Am I ok repenting for sex before marriage? Yes. Am I ok repenting for having sex with a woman, and promise to never do it again? Absolutely not!! I simply can't do that with good conscience. However, in the Bishop's eyes... this is a "cut and dry" example of not being repentant of my sins. And BAM. No recommend. No temple. And possibly a form of formal/informal Church discipline. No bueno.

And yet the temple pulls at me. Everything aches when I drive past... knowing that everyone else around me can go in, and I can't. I've tried to ignore it. I've put it out of my mind, telling myself that it's simply something I won't get to have in this life. But I shouldn't have to resign myself to the fact that I can't go! Do I feel worthy? Yes! I respect my fellow brothers and sisters. I strive to do good in my day to day life. I help when I can. I pay my tithing into the Book of Mormon fund, and the general missionary fund. I sustain the leadership of the Church. I read my Sciptures and say my prayers. I feel the presence of the Holy Ghost in my life, nor have I ever stopped feeling it. I know that I am worthy.